Disciplinary manager was too heavily influenced by HR

In a recent employment tribunal case the Employment Appeal Tribunal found in favour of an employee who was dismissed after a disciplinary for fiddling his expenses. 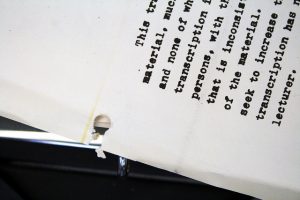 However they not only gave him advice on the company’s disciplinary procedure and on staying within the law but they also offered an opinion on whether the employee was telling the truth in his disciplinary investigation. As is usual in the employment tribunal process, the company disclosed its HR emails to the employee.  They showed that the disciplinary manager had made comments that were favourable to the employee early in the drafts but that later drafts didn’t contain them.

The EAT said that a manager in such a situation needs to explain what it was that persuaded the manager to change his views so radically, because it looked as though HR had tried to persuade the manager to dismiss. The employee won the appeal but the employer would get another chance to defend itself and this time explain why the manager changed his mind in the report.

It is a fundamental part of fairness in disciplinary cases that the employee can have their case heard by an impartial manager who has heard the evidence in the case. The manager can take soundings, but must form their own views.