Employment lawyers in Birmingham and around the country have welcomed a recent Employment Appeal Tribunal (EAT) decision that highlights the dangers of contacting employees who have been on sick leave for a long time.

It’s a tightrope; employers should keep absent staff in the loop but not cause them distress by unwanted contact.

In this case of the EAT held that an employee was constructively dismissed because of the content of a letter she received from her employer while she was on sick leave.

The dangers include a claim for unfair constructive dismissal because the contact breaches the implied term that (effectively) the parties should not act unpleasantly towards each other.

The usual situation that is relevant is when an employee is off with a mental condition including depression or anxiety.

The employer in this case sent two letters to the employee, who responded saying that she was in “no fit state to communicate without breaking down”.

A month later, they sent another letter, proposing a meeting. But it wasn’t a meeting about her absence. They were trying a different tack – criticising her performance. But none of the complaints were urgent and most had already been dealt with. It was a cruel, tactical letter.

The employee resigned and claimed constructive dismissal and unfair dismis­sal, disability discrimination, harassment and other claims.

She won her claims for constructive and unfair dismissal. 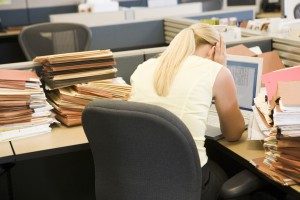 This is a case of particular interest to two of our Walsall clients, who are in the same position at the moment; off sick and wanting to resign. The case emphasises how careful employers and HR need to be in this kind of situation.

Employers need to do some communicating with an employee during their absence; after it would be unreasonable to make them feel ignored. A common complaint is that they feel left out of the loop.

Employment lawyers warn employers to keep contact to a minimum and stick to their return to the workplace. Disciplinary and performance issues should not be broached, nor should other work-related issues unless they are urgent.

It is sensible to check that absence policies reflect this, to avoid managers making mistakes. In fact, it is good practice to ensure that employees who may be suffering from mental illness are only contacted by a named person, ideally in HR.

From the employee’s point of view, if they are wanting to leave with a potential claim for unfair constructive dismissal it is important to know that remaining off work sick is rarely helpful because the time away from the office reduces the likelihood of a breach of contract taking place. Often, for the sake of their health they should stay off sick, but for the sake of their claim they should get back to work.