What is Theresa May planning, employment lawyers ask?

In a move that employment lawyers are watching carefully, Theresa May has announced that we will start the Brexit process in early 2017, it has been reported.

She means that she will trigger article 50 of the Lisbon Treaty by 1 April next year. This article reads (we paraphrase):

At some point in that process, the UK will repeal the 1972 European Communities Act with effect from the leaving date. We will be free from the EU by Spring 2019, before the next General Election. 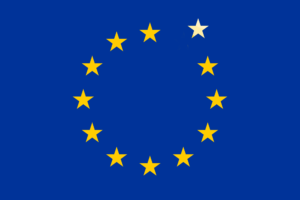 Nobody knows what will happen to the laws that were made in Europe and that the Government will no longer be forced to follow. It is fair to say that Whitehall civil servants, employment lawyers and large employers are jittery.

Prime Minister Theresa May told the BBC today that her announcement was aimed at giving greater clarity about the timetable, to give stability to workers and businesses.

The Government has let it be known that Brexit Secretary David Davis will shortly say that when we leave, employment rights will not be eroded.

“We still do want to have a good relationship with Europe and the European Union” said May, but reports are that we are not well-liked by our EU counterparts and that with the UK gone, they will find it easier to pass legislation, much of which is left-wing and pro-worker.

Employment lawyers, including this firm report that their exporting clients are putting up prices by 8%-10% to take into account the effects of the currency shift. Because of that, and the inevitable import tariffs to sell to the EU, we expect that to have an effect on both their sales and their employment figures.

She recently said “Existing workers’ legal rights will continue to be guaranteed in law – and they will be guaranteed as long as I am Prime Minister.  We’re going see workers’ rights not eroded, and not just protected, but enhanced under this government.”