Grandparents to get parental leave under uk employment law

In April 2015 UK employment law saw the introduction of shared maternity/paternity/parental leave. This enables working mothers to share their maternity leave and pay with their spouses. This new flexible working right is to be extended to grandparents by 2018. 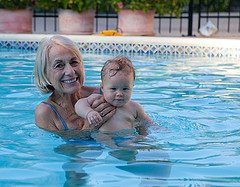 George Osborne has now announced that the government will adopt the Labour propsal of extending this to grandparents as well. It should be implemented by 2018. The policy will go out to consultation in the first half of 2016.

It has been nicknamed “granny leave” by the media. At the moment it looks set to be extended to one nominated grandparent and paid up to 37 weeks at £139.58 a week or 90% of average weekly earnings, whichever is lower.

The government hope that this policy would result in:

This policy will place an extra burden on HR departments. They may want to update handbooks, create forms, create more records and so on. It remains to be seen how employers will be allowed to ask for proof of birth and the grandparental relationship and other details remain to be decided.