Do you lose out on working hours when the clocks go back?

This weekend, the clocks go back an hour, giving most of us an extra hour in bed. But workers on late shifts such as bar staff and factory workers may find that this 2am change happens mid-shift. Do they have to work this extra hour under UK employment law? Time for your favourite Solihull employment solicitors to ‘chime in’. 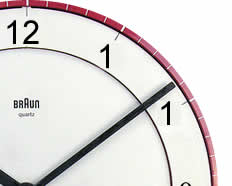 The clock change works by winding the clock back from 2am to 1am. Your employment contract may say that you work x hours a week or that you work from y o’clock to z o’clock. Logically, if it says the latter, you’d expect that you have to work between those times and that means working the extra hour.

Here are the principles that apply in UK employment law:

An employer should have rules that apply fairly. We have heard of some employers that steal time by clocking staff in by one clock and clocking them out by another (that runs slower). They may try the same trick (applying inconsistent rules) for daylight saving changes. If they failed to fix this after complaints, it could possibly be a breach of the employment contract that allows employees to resign and claim unfair constructive dismissal.

But, if there is no right to paid overtime in the contract, a win is unlikely for the employee, as it could be seen as requiring unpaid overtime, which is legal. It may be unfair, but employees are not entitled to be treated fairly at work. They are entitled not to have the ‘trust and confidence’ in the employment relationship breached; underhand behaviour would do this, but an unfair policy, if overt, wouldn’t.

Applying the same rule is obviously best for employee relations because things will even out with time, though there will be some employees who feel hard done by if they are caught on the wrong side of the rule in successive seasons because of the way the rosters work out.

If an employee makes an issue of it by leaving after their eight hour shift (an hour early by the clock), they are likely to be disciplined with a warning or (following repeated warnings, dismissal) and this is likely to be fair.

So, the answer to the question is “yes”, employees can lose out on working hours at this time of year, but a sensible employer will apply a fair and consistent rule around clock changes and not fall foul of the regulations on working time and minimum pay.