What Brexit means for employers and employees

In this article Birmingham employment solicitors Hatton James Legal get to grips with the possible effect on UK employment law of leaving the Eurozone. 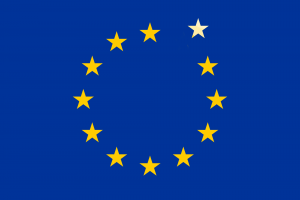 Being part of Europe has meant that we have had to accept laws made by “unelected Eurocrats” as a condition of membership. Usually those are employee-friendly laws, that future right-leaning governments may choose to do away with. Our EU membership may come to an end next month and so which are the laws that originally came from the EU and how might they fare afterwards?

We do our best to make predictions, in the absence of any helpful promises or threats by politicians(!).

This is a UK-derived right and therefore will be unaffected by the referendum.

But we may see discrimination claims brought within the ability of employers to manage out employees with “protected discussions”. At present, employers have to be careful when offering a paid departure to an employee who has a potential discrimination claim, since that can remove the protection of the employer from having that discussion referred to in an employment tribunal.

Again, this will be unaffected as these laws are nothing to do with the EU.

The EU mandates that we have four weeks’ holiday paid each year. Britain’s Labour government increased that voluntarily to 5.6 weeks (28 days including bank holidays) in 1998. A future Conservative government might reduce holiday entitlement significantly. Or may decide to make holiday pay based only on basic pay, not bonuses and overtime. The ability for a sick employee to carry over holiday to a new holiday year is particularly at risk.

The 48 hour working week is from the EU law, but it was never very strong, because of opt-outs so it may not be tinkered with at all.

We don’t believe that the right to a daily rest period and night work limits will be changed, because of the health and safety implications – it would be politically difficult.

These have been mainly driven by the EU. Those that are a staple part of British life are unlikely to be tweaked much. In fact, some initiatives are domestic, such as shared parental leave, a Conservative invention. But some of the fringe rights such as the right to take time off for dependants may be at risk – we are in the dark about this.

Again, these have been mainly EU-driven. Our feeling is that rights not to be discriminated on for reasons of sex, age, race, disability, sexuality etc are not going to be withdrawn but governments may not be able to resist watering down some provisions around the edges, especially in areas where EU caselaw from cases originating in Portugal, Poland etc has inched the protections in favour of employees.

We think that age discrimination in particular, the newest discrimination, may suffer, bringing back the right for companies to retire off staff over the state pension age.

In particular we may see Conservative governments tweaking the balance by removing those areas where currently the employee is given the benefit of the doubt (the “burden of proof provisions”).

Equal pay awards may become a thing of the past; they have been a large burden on some councils, especially in Birmingham of course.

It is entirely possible that uncapped discrimination awards may be a casualty of an “out” vote; perhaps the unfair dismissal cap of one year’s pay will apply to all employment claims.

And we wonder whether part-timers, agency workers and other non-traditional employees would continue to have protections, since Conservative governments tend to be in favour of flexible working practices.

We don’t know to what extent future Governments might change rights under Tupe to transfer to a new employer if a business is bought out, but suspect that they may be watered down to facilitate a more flexible business economy.

Commentators predict for example that the collective redundancy provisions, that let unions intervene and that protect workers in large companies (20 or more staff), may be done away with so that they have no right to 90 days’ notice of redundancies, just like staff at smaller companies.

We remember that a Labour Government extended Tupe to ‘service provision changes’ (that is extending Tupe rights to contracting out situations and changing service providers), but then the subsequent Conservative government didn’t reverse that extension.

These are EU laws and again we predict that they may be watered down, though we doubt it, given that hacking and data loss by public bodies is a hot topic for the media at the moment.

Life would become a bit simpler for employment lawyers and HR staff simply because of the reduced need for keeping up with new legislation every time the EU institutions bring in new laws (which they do about twice a year) and when the European Court of Justice makes a ruling which tweaks employment rights one way or another.

EU nationals may lose the automatic right to work in the UK. We think that there would be changes to the work permit system affecting the recruitment pool.

We simply don’t know what the future landscape may look like.

There may be opposition to many of these ideas in Parliament, preventing large tweaks. And our EU counterparts may effectively keep a UK government in check by refusing to do business with us or imposing tariffs if we implement certain changes, because they could perceive us as becoming unfairly economically flexible and undermining their social goals.

Therefore it may be that a Brexit would not herald any real change for employers, staff and lawyers at all. One thing is certain – the world did not change on 24 June.