Today, as the Queen reaches 90, having been in her job for over 61 years we take a light-hearted look at what the employment laws that she signs off would say about an employee of her age and service in the post she occupies. Can she bring an age discrimination claim? 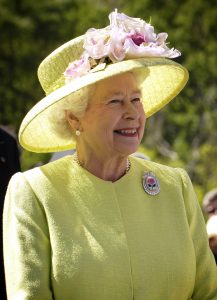 The Queen has a salary package (called the Sovereign Grant) of about £40m per year. Although she has no annual appraisals, not even the brutal five-yearly ones like those underneath her, she has managed to negotiate 10%+ pay rises in recent years. This is because she moonlights as a landlord and is gets to keep 15% of the profits made by the properties of the Crown, which have been performing well lately.

Like police officers, priests, mayors and policitians,  monarchs are not subject to employment laws, because they don’t apply to office-holders. These are hard to describe but basically a public or religious post which is filled by election or appointment. So if she receives any dubious age-related birthday cards or jokes then she can’t bring an age discrimination claim.

Nor does redundancy law apply to her. So in the event that she weren’t needed any more because we found a better way to replace the Head of State function, she wouldn’t be entitled to her Statutory Redundancy Pay, which would otherwise be £14,370.

And like all of us, there is no retirement age for employees in this country any more, so just like us, she can’t be forced to retire. Constitutional theorists believe that she could be sacked, but a step of that magnitude, even if constitutionally possible, would require widespread public dissatisfaction and a referendum, not just a series of warnings.

But she doesn’t have the longest service in our country. That goes to someone who was in his post for 80 years. We should think that Prince Charles would have something to say about that.