Basic right no.6 – right to join a trade union

Every employee has certain basic rights in UK employment law, which we discuss in a series of blog posts.

A trade union is an organised association of workers in a trade, group of trades, or profession formed to protect their rights and interests in the workplace. 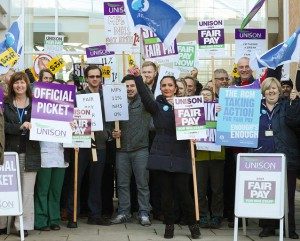 Employees have the right to take part in trade union activities without suffering a detriment but they don’t have the unalloyed right to participate in trade union actions (e.g. strike). Such activities should be either carried outside typical working hours or you face the risk of warnings and even dismissal. The reason strikers are not usually dismissed is that they come out in great enough numbers to make dismissal impractical for the employer. The employer is not required and doesn’t tend to pay salaries for the time spent on union action.

If an employee is treated unfavourably for being a member of a union or for participating in union activities, they may have a valid employment tribunal case.