British Airways has always insisted that female cabin crew wear skirts and dresses, whilst men have donned trousers in what UK employment law says is not a policy of sex discrimination.

BA has now said that it will allow its female cabin crew to wear trousers, following a two-year long collective grievance by female staff.

More than three quarters of its cabin crew wanted the choice to wear trousers, according to the union that fought for this result, citing warmth, health and sexism reasons.

The airline cabin crew career started as a male preserve, then became female-dominated in the 1930s, whilst men have joined the industry in growing numbers since the 1980s. Many airlines insisted on using unmarried women with age, height, and weight requirements (read: conventionally attractive single women) until anti-discrimination laws prevented this.

Dress codes in the UK 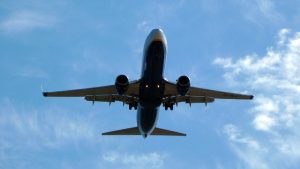 This is lawful because it reflects society’s expectations of smartness equally as they apply to men and women. In our view, however, the argument that it “reflects society’s expectations equally” simply permits different treatment because society deems it acceptable. This is the opposite of what discrimination law is supposed to do – drive behaviour rather than reflect existing standards.

So whilst the law hasn’t changed by this decision of a private company, it advances society’s expectations in a small way. Smaller companies will follow BA’s lead and when there is a big enough head of steam, the law will follow and perhaps one day require that dress codes apply equally to all staff.

Eventually, male employees who feel more comfortable in a dress may benefit from protections afforded to transvestites, which currently they do not.