In any workplace, employees will joke around with one other, forming friendships that allow spirited banter. While this is tolerable to many, others may find it to be unacceptable or even discrimination.

At what point does banter cross the line to harassment? Employers often face this question. Sometimes, it is only at the point when an employee raises a formal grievance or even leaves.

It is natural that once you are comfortable enough around someone the relationship can evolve to comments about physical features, their way of talking and past events. These can be about relationships, it could be of a sexual nature, or about the football team they support.

We at Hatton James Legal have seen an Italian employee claiming racial harassment because colleagues watching an England-Italy match ribbed their Italian colleague over his country’s “lazy” performance on the pitch. Although he was sacked for crashing a company lorry, his claim included all sorts of allegations about inappropriate workplace banter that had never been an issue before.

Discrimination law says that workplace banter becomes harassment when it is “unwanted” and any one of the following – “hostile, humiliating, degrading, intimidating or offensive”. This is such a wide definition that you could be forgiven for thinking that almost anything could cross the line. The employee has to prove that it was offensive to both him and to the reasonable person.

Since employees have different opinions as to what acquaints to a joke and harassment, which leaves the question – what can employers do? 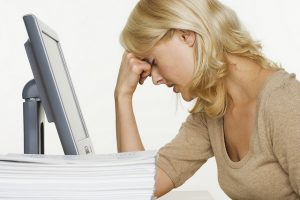 Employers should use their handbooks to illustrate what they count as banter and examples of what constitutes harassment. Employees can then have no excuse for not understanding when their behaviour is out of context.

Having a simple word with the employee in question can resolve the matter simply. Employers should not be afraid to apply disciplinary procedures and give warnings as necessary. If the employer has taken all reasonable steps to stop employees harassing each other then they won’t be responsible, but compensation can still be claimed against the colleague.

Employers can only defend themselves against discrimination claims if they can show they take grievances seriously. They may face future tribunal requests for documents showing how they have handled previous complaints. Educating employees on harassment during induction training also provides employers with this defence.