We read in a recent news article about a bar manager who was forced to quit her job by the boss when she revealed that she was pregnant. The boss was quoted as calling her “fat and wobbly”. Then she and her partner were then told to move out of the gastro-pub accommodation where they had lived for 5 months. She lives in Solihull. Employment lawyers are bring a tribunal claim on her behalf and the case continues. 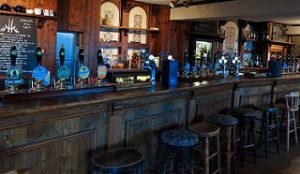 The employee claims that she was dismissed for becoming pregnant although her employer said she has left her job “by mutual consent”.

The employee, from Solihull, described how her boss responded by swearing and telling her not to expect maternity pay, then he told her that if she formally handed in her resignation he would pay her notice pay. She replied to say that she had never intended to resign and wanted to continue working in the pub until she started maternity leave.

The law says that pregnant women have rights to health and safety protection at work, which may be violated by a boss who subjects an employee to pressure and abuse. Also, pregnant women must be treated no less favourably than their male colleagues. They must certainly not be dismissed because they are pregnant. An employer who forces you to leave and dresses it up as a resignation or a departure “by mutual consent” will find that the departure is treated as a dismissal.

The employee in this case stands to be awarded injury to feelings of say £10,000 plus compensation for loss of pay whilst off work if she proves her case.

We at Hatton James Legal have fought many such cases in the past and have usually managed to extract settlements from the employers.

We will post an update here when it is available.