April 2014 saw the introduction of the Acas “early conciliation” scheme as an important part of the employment tribunal process. Let’s review the lessons from the past 18 months.

What is  Acas early conciliation? 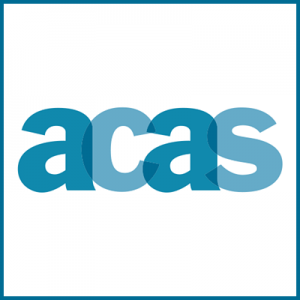 This piece of red tape sits between the dismissal appeal stage and a tribunal claim. An employee can give Acas a chance to try to broker a settlement with the employer before they are allowed to issue a claim. But they don’t have to. The only obligation is to tell Acas about the claim and they can, if they want, say at the same time that they want the process to end there and then.

We often advise employees to close the process immediately it is opened because we feel the employer will only respond to an employment tribunal claim, especially where the employee has the benefit of legal expenses insurance.

The statistics show that

In practice, after sending an unfavourable appeal outcome in a grievance or dismissal, employers can now expect a telephone call or email from Acas asking whether they think an out-of-tribunal settlement is possible using their Acas early conciliation service.

If both parties want to try this, the clock is stopped on the employee’s tribunal claim deadline for up to four to six weeks while Acas tries to settle the case outside the employment tribunal process.

In the past 18 months, Acas have changed their policy and now allow representatives to discuss the case with them, after a phone call from the employee to confirm that they are okay with this.

As an employer, you may not want to agree to Acas early conciliation if:

Our view is that Acas early conciliation provides plausible deniability for discussing the merits of a claim with the employee without sending a message of weakness.

It also allows you to find out more detail about the strengths and merits of the claim you face before the employment tribunal process, at a level which sometimes is not forthcoming until months later.

Many employers will want to make the most of this, taking an early view on the prospects of a claim, picking their battles early and disposing of the cheaper and simpler claims as soon as possible in Acas early conciliation.

For those who want to read the report, it is here.