Men and women are protected from various forms of treatment by their employers; not just from harassment but also from different treatment in the form of pay, job selection, training and promotion, redundancy and so on (sex discrimination).

In our experience (and that of other law firms in Solihull) UK sex claims are mostly brought by women (in our case, brought in the Birmingham employment tribunal). 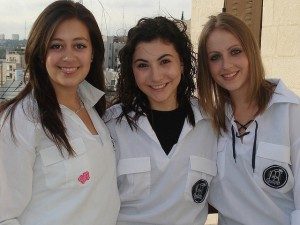 We have seen complaints by men working in mostly female environments

This article also relates to pregnancy discrimination – treatment that follows your happy announcement.

You can complain if you are treated differently because you are a woman or a man. An employer won’t admit this outright but it is direct sex discrimination. As for  examples, maybe you feel you don’t ‘fit in’ with a male environment or your manager makes assumptions about your abilities in a manual job (“you wouldn’t want to get your nails dirty” or “this client only deals with chaps”). In job interviews some managers only ask female candidates about their home life. The days are gone when women would be paid less for the same job (though predominantly female jobs tend to attract lower pay and the reasons are complex).

The best way to show this different treatment is to point to a colleague of the opposite sex (we write this article from the point of view of women) who is treated differently and invite the employer to explain away the different treatment.

Technically an employer can discriminate against a man (or woman) to assist a woman (or man) into a job in very limited circumstances. One of these if there is nothing else between the candidates of either sex, but we have never seen this in practice. Another is if the job requires a women for reasons of sensitivity – we have seen that in an abuse counselling job.

There are exceptions for the clergy, but not for other religious conflicts. So if a client who is of a particular religion prefers not to have dealings with women, this is not something that your employer is permitted to accept.

It is also unlawful to treat you poorly because of something that tends to come with being a woman or that women mainly experience. For example, women are mostly shorter than men. If an employer paid according to employee height, this would be indirect discrimination.

More common (!) examples include a practice of requiring working full time, or on bank holidays or long hours into the night, that affects women more acutely (as they have the most childcare responsibilities). 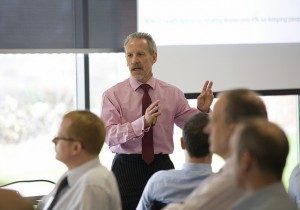 If there is an indirectly discriminatory practice like this, the employee would win a sex discrimination claim unless the employer can show that there was a good reason for it. This is called the justification defence and the reason for it must be so compelling that no other, non-discriminatory practice, would do the job. In legal terms, the employer must show that it was “a proportionate means of achieving a legitimate aim”. But the onus is on them to do this,

Sexual harassment in the workplace is also unlawful. In UK law, it is behaviour that is unwanted and demeaning and because of (or related to) sex. In legal terms, it is unwanted conduct related to sex that has the purpose or effect of “violating your dignity” or “creating an intimidating, hostile, degrading, humiliating or offensive environment” – a wide definition.

For example, nudie calendars, sexist language and crude bodily references are less common now than they used to be, because of sexual harassment law. In UK equality legislation these activities attract a minimum amount of compensation of £650. That is the potential cost of a joke that is in poor taste on the ground of sex.

Once you have made a complaint about sex discrimination or sexual harassment in the workplace an employer must tread carefully, because if you are treated badly because you or someone else brought a claim (eg made to feel unwelcome because of it) this is classed as victimisation and attracts particularly high compensation.

Proving discrimination is not straightforward. You have to prove that it is more likely than not that your employer discriminated against you because of your sex.

It is rare to find evidence of discrimination or sexual harassment. Law firms in Solihull all know who the worst employers are and agree that few of them will document or admit it. But if you can show that there’s something fishy about the treatment that may be related to sex, it is for the employer to disprove – your case gets the benefit of the doubt and looks much stronger. In legal terms you have to show “facts from which a Tribunal could conclude that there had been discrimination”, at which point the burden shifts to the employer to disprove it. This could include that there is no equality policy or training happening at the company and your diary of events. 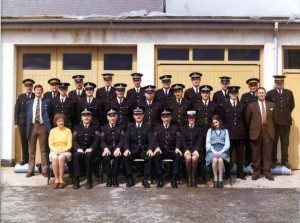 What are my time limits?

You must bring a claim within three months (less one day) of what you are complaining about, though this can be extended if there is a good reason.

Where the discrimination takes place over a period of time, this could be a “continuing act” that lets you complain about all of the conduct as long as the last event was in the last three month period.

What is a claim worth?

Sex discrimination compensation would be based on

Do you want to maximise your likely sex discrimination compensation? See our other article.