Why have I have been asked to leave my job and sign a settlement agreement?

It is a horrible experience to be sat down by HR and told that your company wants you to leave but they are prepared to give you money to go quietly. You need to receive legal advice before your employer will sign it off. 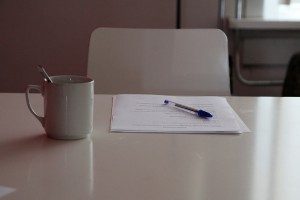 This may come completely out of the blue. Or it may happen part-way through the disciplinary process, after alleged misconduct, performance or attendance problems. These problems may be the real reason; they may be trumped-up charges or the employer may be using them as an excuse. It may be a kind gesture at the end of the redundancy process.

It may just be a personality clash or a personal hygiene issue that the employer doesn’t want to address directly.

You may never know the real reason.

It is the new name for a compromise agreement.

What does this document do?

If you sign it, the agreement stops you bringing tribunal and court claims against the employer and entitles you to the sum of money on offer. This should be fair compensation for any employment-related claims you might have.

The usual claim that the agreement protects the employer against is unfair dismissal. But the employer will often want to draw the line under discrimination, claims arrears of pay and a host of less common claims that are never seen in practice, just to ensure that it is in the clear.

If the employer were to dismiss you without a settlement agreement and you won a tribunal claim, you would be entitled to compensation and both parties could face a lengthy tribunal or court battle, which is hassle that your employer wants to avoid when you leave.

Why do I need to see an employment solicitor?

To stop employers pulling the wool over employees’ eyes and getting them to sign away their rights without understanding what they are doing. This is how the law protects the employee – an employer can’t rely on a document that signs away certain rights unless a qualified legal adviser has advised you what it says and what it means. The legal adviser will need to counter-sign to show they have given this advice.

How long will it take? How much it cost? 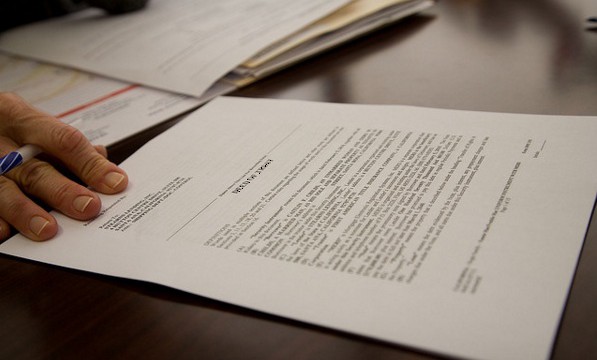 It may take only an hour or two for your lawyer to set up a file, meet with you, sort out the red tape, advise you, deal with the payment and confirm the advice in writing. The employer reimburses you for the reasonable cost of doing this (a Birmingham employment solicitor will typically charge £250 to £350 plus vat) if you sign the agreement so it doesn’t cost you anything.

But there are a few exceptions:

First, you are the client and you are liable for the cost of the advice if the employer doesn’t pay up. We have never seen this happen.

Finally, the legal fees paid by the employer only cover advice on the “terms and effect” of the agreement – what it says and what it means. In practice the legal adviser will always include some fixing of technical drafting points and maybe some negotiation over the amount.

But if you want more time with your adviser you may have to negotiate higher legal fees or pay them yourself. This is likely to happen if:

Should I sign? How much should I want to walk away for?

You should only sign if the amount on offer adequately compensates you for giving up your legal rights. If the employer couldn’t dismiss you and show the dismissal was fair, you should be offered compensation for being unfairly dismissed, which could be between a few months and up to a year’s salary, depending on how long you would be likely to be out of work.

You should factor in your whole salary package when taking advice on the amount you should sign away your rights for. This includes bonuses, life assurance, car allowance and other perks.

In theory, you go back to work as if nothing had happened. Your employer may try to tackle the underlying problem in a genuine way.

Or they may redouble their efforts to use the disciplinary process to get you to leave in a way that the law considers fair, in which case you would have been better off accepting the agreement.

In practice, returning to work is difficult because this episode is bound to damage the employment relationship.

If telling me I’m not wanted damages the employment relationship, don’t I have a claim for unfair constructive dismissal?

No, the law allows the employer to put this agreement to you without you being able to rely on it in a claim for straightforward unfair dismissal. The judge would refuse to allow it in documentary evidence and refuse to let you mention it in your evidence on the stand.

The employer doesn’t get the benefit of this protection if there was anything untoward in the way the settlement agreement was put to you. This could be the case if:

The employer is also deprived of this protection in those less common claims that are not straightforward unfair dismissal, such as discrimination or unfair dismissal relating to breaches of certain employment rights like working time or whistleblowing. So if you were offered the agreement when you have these claims, it may be that the employer has strengthened your legal position.

However, another legal rule (‘privilege’) stops you from relying on negotiations in any kind of dispute. Legal privilege doesn’t apply though if this agreement was put to you out of the blue (i.e. when there was no ‘dispute’ relating to your employment).

What does the settlement agreement say and mean?

The agreement will say:

The agreement will probably say:

What your lawyer will ensure it says:

If I sign, can I still bring any claims?

Not all employment claims can be signed away, but they are not many. These include certain TUPE rights and maternity rights.

‘Subject to contract’, s111A and ‘without prejudice’ – what do they mean?

Subject to contract’ means it is not binding until all parties have signed it.

Above, we referred to legal privilege, the rule that stops parties telling the judge about negotiations in a legal dispute. ‘Without prejudice’ is a label that lawyers put on letters and agreements to show they believe this rule applies. s111A of the Employment Rights Act is a legal provision a bit like the ‘without prejudice’ rule. Our blog post on a 2016 case explains this paragraph in a lot of detail.