It could also be where you resign because of certain conduct from your employer (constructive dismissal) – lawyers have a legal term describing this conduct, which is “breach of trust and confidence” – see our other article for further details.

If you win, you can be given a sum of money (“basic award”) to recognise the unfair way in you lost your job. This is worked out like statutory redundancy pay (roughly £500 for each year of your employment). You are entitled to compensation for your reasonable loss of income since you were dismissed. Finally, in certain circumstances, you can be given your job back (“reinstatement”). You are asked on your employment tribunal claim form whether you want your job back and we advise employees to say yes, as a negotiating point.

You should also ask for around £300 to recognise “loss of statutory rights” – the need to build up two years’ job continuity again to receive legal protection in a new job.

Employment tribunal procedure is to decide the unfair dismissal compensation after the hearing has ended.

You will need to minimise your losses by claiming benefits and seeking a new job. So be prepared to show that your loss of income is all the employer’s fault rather than your fault in not looking for a new job actively enough. Claimants who win the most compensation are those who turn up with a folder full of job applications and adverts showing the state of the job market, being able to explain why they didn’t apply for jobs that look suitable.  You will be asked long before the hearing to send to the employment tribunal a schedule of loss which sets out the compensation you seek.

Employment tribunal rules require the judge to listen to the employer, who may ask for your unfair dismissal compensation to be reduced because of these reasons: 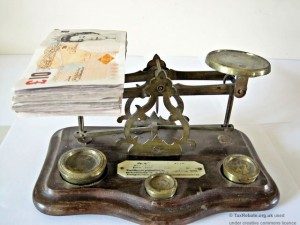 If you had a pension with your old employer, you should be compensated for losing it. If it was an ordinary pension, this means giving you an amount of money which, if invested, will produce what your employer’s contributions would have produced on retirement. If it was a final salary scheme, your losses are more complicated and there is a free book endorsed by the government called Compensation for loss of pension rights: employment tribunals which shows you how to do it.

In most cases there are upper limits on compensation for lost income, being around £75,000 or a year’s salary (whichever is lower). But most employment tribunal awards are far, far lower, in fact below £10,000.

Don’t forget that when you lose a job, you don’t just lose your salary and pension. Employment tribunal compensation can also include:

It surprises employees to learn that they can’t be compensated for injury to feelings because of how they were dismissed or the loss of enjoyment of their old job.

Employment solicitors will help you to maximise compensation in various ways if you are in this position and we have an article on this topic here.