The Equality Act protects us from discrimination related to sex, age, race, colour, nationality, ethnic origin, disability, sexuality, transgender status….but not caste discrimination. Or does it?

The caste system in Britain is relevant to people with Indian heritage (5 million of us), whom it divides based on birth, marriage and occupation. 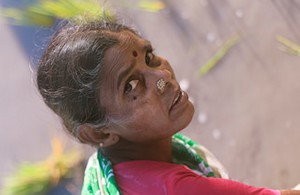 s9 of the Equality Act 2010 requires the Government to introduce regulations defining caste discrimination as a form of race discrimination. The coalition government plans a three-month public consultation starting in Summer 2014 and ending with legislation in Summer 2015.

However, not everyone has wanted to wait for the Government to act.

In the January 2014 employment tribunal case of Tirkey v Chandok, Mrs Tirkey (of the Adivasi, so-called “servant”, caste) was Mr and Mrs Chandok’s live-in domestic servant, fellow Indians. She was treated as a slave, had no time off in four years, was not allowed to sit on the same furniture as the family or to use the same knives, forks or plates. She given pocket money rather than a salary. Eventually she escaped her situation and brought a host of claims including race discrimination based on her caste.

The judge at an interim hearing found that the definition of ethnic origin in the Equality Act can cover caste discrimination because ethnic origin covers ideas such as a shared history, cultural heritage, geographical origin, ancestry, language, religion and minority status.

Caselaw had already decided that discrimination because of descent is unlawful, in a case establishing that Sikhs (like Jews) are an ethnic group for the purposes of the Equality Act’s predecessor.

Mrs Tirkey’s legal argument was helped by international law. Judges must interpret the Equality Act consistently with European laws such as the Race Directive and the Convention on Human Rights.

The Race Directive gives effect to the International Convention for the Elimination of all forms of Racial Discrimination 1965 (which the UK has signed up to) and that prohibits discrimination on the grounds of “descent”.

Art 14 of the Convention prohibits discrimination on the grounds of language, social origin, association with a national minority, property, birth or other status.

So, although Mrs Tirkey’s case doesn’t technically set new law (because only appeal cases do that), judges will be aware of it. For the next year it is all we have in this area and we see no reason why other caste discrimination employment tribunal hearings that come before the tribunals should not be decided the same way.