How to be a good football manager

It happens every couple of years, like clockwork. It seems to be the nation’s favourite pastime.

Yes, it’s that time when employment solicitors and legal commentators tell employers to to be flexible with football-mad employees as the football playing competition season starts and absence among men with coloured scarves experiences an increase.

On 10 June 2016 the month-long Euro 2016 football tournament will start. Acas has published guida 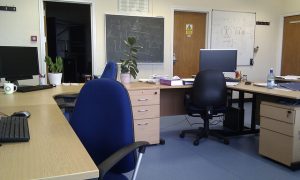 nce to help employers through this difficult time.

The issues to be aware of are:

Issues that we have personally seen in recent years include:

Acas suggests meeting with employees and making agreements with them to cover the above issues; that way, the rules are more likely to be respected. The aim is to keep staff happy and unauthorised absence to a minimum.

We advise managers to get to know the schedules, especially the UK teams’ games. The kick off times vary between 2pm and 8pm. Where you can, you might want to fit the business around the matches. This operates on the principle that if you can’t beat them, join them.

Acas also advises having a more flexible working day during the football game season, letting staff watch games at work if they make the time up.

And this is a good time to remind employers to have policies and procedures in the handbook which cover matters such as absence, social media use, nationality-based harassment, performance, alcohol and drugs and so on.