Employment solicitors have been eagerly awaiting a Court of Appeal case on whether employees who have lots of disability-related absence should be given an easier ride in dismissals for absence. 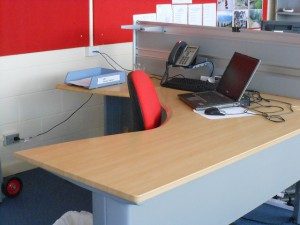 Ms Griffiths, an employee with 30 years’ service, was off for 62 days straight with illness, during which she was diagnosed with a disability (post viral fatigue and fibromyalgia). See our article on disability discrimination for details of what this means.

As a result of this absence (plus a further few days for non-disability absence), her employer gave her a warning and she brought a claim for disability discrimination, claiming that the employer should make the reasonable adjustment of ignoring her disability absence so that she would not be under the threat of dismissal in the future. She also claimed that the warning was disability “arising from” her disability, which is a related concept. She was asking for an extension of the trigger in her case from 8 days in a rolling year to 20 days.

Her employer defended the claim on the basis that its policy envisaged that a manager had the discretion to make adjustments to the trigger points in cases of disability.

She eventually lost her case, but the judgment does help employees in a similar situation.

The case is complicated to understand but the Court of Appeal judgment boils down to this:

Does an attendance policy treat disabled and non-disabled employees differently?

Yes, said the Court of Appeal, overturning previous decisions.  Caselaw had taken an approach that was too restrictive by saying that an attendance policy treats the disabled better if it allows trigger adjustments to be made. It doesn’t. A policy that an employee must maintain a certain level of attendance not to be subject to disciplinary sanction treats disabled people worse, since they are more likely to be off sick.

Is allowing more time off a “step to avoid disadvantage”?

Was Ms Griffiths’ proposed extension of the trigger reasonable?

An employer only has to make ‘reasonable’ adjustments.  The Court of Appeal reminded us that this is a decision for the Employment Tribunal, not for the Court of Appeal. It said that an employer is entitled to say, after a pattern of illness absence, that it should not have to accommodate absences any longer and can take into account the whole of the employee’s absence record (including disability absence) when making that decision.

It said that where a doctor reports that a disabled employee is likely to have only limited and occasional absences an extension of the trigger point, may be reasonable as an adjustment. Employees with more serious conditions should not expect this indulgence though.

A ray of hope

It then said something that is not so easy to understand. It pointed out that disability discrimination law is not just about reasonable adjustments but also about discrimination ‘arising from’ disability. An employer may not have a duty to extend a trigger point for an employee who takes unreasonable absence, but it may still be a breach of the law to dismiss for it!

We don’t understand what circumstances the Court of Appeal hand in mind when envisaging that it would be unreasonable to extend a trigger point but not proportionate to dismiss. Proportionality means not doing something (eg dismissing) when there is another option that would meet the employer’s aim of having a stable workforce. This seems to us the same thing really as acting reasonably.

Ms Griffiths lost her case because she was asking for too great an extension to the trigger point. Employers should make extensions to trigger points for disabled employees but they don’t need to be large extensions, especially in cases of ongoing absence (as opposed to long one-off absences in a diagnosis period).

Confusingly for employment solicitors, the Court of Appeal left it open to employees to claim compensation for disability-related dismissals if they are dismissed at the end of an attendance process and gave no guidance on when this might be the case. We can see an argument that it might be disproportionate to dismiss in a case where the employer’s (reasonable) failure to extend a trigger point has worsened a condition and caused an employee to take more time off than they would have done. Other than that, we shall have to see what subsequent caselaw brings.