You do not need to use employment tribunal solicitors to follow this procedure, which is:

We have taken several cases to the ET since Acas Early Conciliation became a mandatory process and it has been far from smooth in a some cases. Acas have also told us that they have had problems with it at the start but that it is now running smoothly. 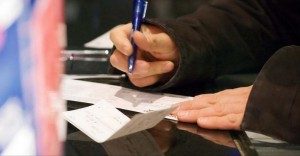 Tribunal claims have short shelf-lives; a claim must be brought within three months from the date the complaint arises. The early conciliation process can extend this three month period but not always and it is not always clear to when; some clients have been caught out by the technicalities.

The main problems are:

Acas conciliation extends the deadline for bringing a tribunal claim by a period of time, which can be hard to know with certainty. They use the phrase “the early conciliation period stops the clock”, which is not accurate. Acas say:

Acas like to simplify that by saying you always have at least a month from receiving the conciliation certificate to bring your claim, which is true. This month comes either from the usual time limit (extended by the stopping of the clock provision) or from the extra month provision.

However it is less clear now than before about when your usual time limit expires. It is not always clear when you have received your early conciliation certificate. It is difficult to count the days if you are operating against tight time limits, because some days are inclusive and some are excluded. If the email containing the certificate goes astray or you don’t see it, you could miss the deadline. Still, you don’t need to progress conciliation so if in any doubt, we advise opening a conciliation and immediately asking for it to be closed so that you can issue a claim.

Before a person presents an application relating to any matter, [he] must provide to ACAS prescribed information, in the prescribed manner, about that matter.

Acas have given their opinion to us on more than one occasion (and some clients have been caused real panic over this) that the ET1 must be about the same ‘matter’ as discussed during the conciliation period. I.e. you can’t bring a claim about something you haven’t told Acas about.

We had a client who wanted to bring an employment tribunal claim about underpayment because of National Minimum Wage non-compliance. She went through Acas  early conciliation about underpayment but forgot to mention that it depended on a NMW non-compliance claim. By the time we caught her mistake, the usual time limit had ended and we were in the ET’s hands about whether they consider that the NMW part of the claim has been through conciliation.

Some conciliators say that it doesn’t matter since nothing on the form requires details of the dispute and if the claimant doesn’t want to conciliate, the employer will not be told of the dispute. This, together with the fact that anything said to Acas is confidential (including from the tribunal) by default suggests that the ET cannot enquire into what the claimant told Acas about the.

The attitude taken by tribunals will vary but employment lawyers in Birmingham and elsewhere await a ruling on this point.

Confusion over whether the employer is the correct legal person.

Another client of ours went through Acas early conciliation, naming the trading style of his employer (Smiths Shoes and Shine) rather than its legal entity (ABC Ltd t/a Smiths Shoes and Shine). We felt it necessary to restart the conciliation process in respect of ABC Ltd and it later turned out that XYZ Ltd was probably his employer, writing on ABC Ltd letterhead. We were still in time to name everyone in the early conciliation and on the claim form so we don’t know how that would have been decided. It took two yeas for a ruling on whether an employment tribunal is prevented from adding a respondent to proceedings where the respondent being added is not named on the Early Conciliation certificate.

Although the Employment Tribunals (Early Conciliation: Exemptions and Rules of Procedure) Regulations 2014 say that if there is more than one prospective respondent, the claimant may provide the name of only one of them in early conciliation, this would probably not have covered our client, who had one employer and therefore one respondent (with several potential names).

In a discrimination case, a judge has the power to let a claim to proceed against an individual respondent if you didn’t go through the Acas early conciliation procedure (called joining another respondent), but they are not guaranteed to do so and there is caselaw to be aware of when making such an application.

We handle Acas early conciliation for our clients so that they don’t make these mistakes and we take responsibility for the process. The buck stops with us.