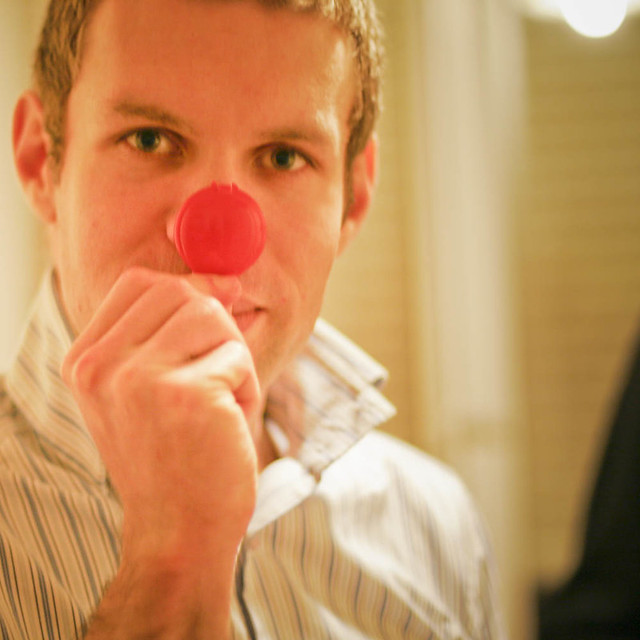 Are clowns allowed as meeting companions?

But that didn’t stop Australian marketing consultant Josh Thompson from hiring a clown to be his redundancy companion in a consultation meeting, in a news story that has gone viral.

Thompson’s employer invited him to a meeting to discuss his role . He foresaw that he would be sacked at the meeting. in the UK, an employee has the statutory right to bring a companion who is a colleague or union official to a grievance or disciplinary meeting. But (like in New Zealand), this does not include a redundancy consultation meeting. Still, the employer said he could bring a redundancy companion for support and it is good practice to allow that here too. So, as a joke he hired Joe the Clown for £100 to sit through the meeting making balloon animals and miming a tearful reaction to the news that his job would come to an end.

In the UK, a meeting companion is not permitted (unless the employer agrees) to answer questions but may address the meeting and may advise the employee but must not disrupt proceedings, eg with the squeaking of balloon-rubber as Joe the Clown did. We have seen a surprising number of Employment Tribunal over the years about the right to be accompanied. An employer should permit a companion, even where there is no statutory right, in cases where communication disability or language barrier might apply. An employer should say no to a particular companion if that person is, for example, a co-accused in a gross misconduct disciplinary or a witness in a grievance. If the right applies, it is the right to a reasonable choice of companion.

The remedy for a failure to permit a reasonable choice of companion is compensation of up to two weeks’ gross pay but awards have been as low as £2, where there was no real prejudice caused to the employee.

The Government currently has no plans to permit redundancy companions or to add clowns to the list of permitted companions for disciplinaries and grievances.