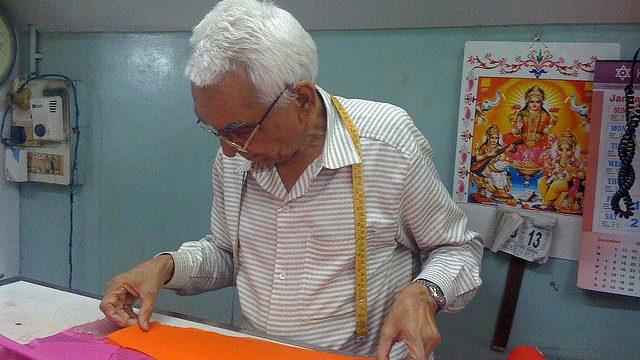 From time to time we will tell you about a Birmingham employment law case we have recently dealt with. This is the story of Jason, a factory worker, and his settlement agreement that followed age discrimination.

Jason, 64 years old, was a production controller in a clothing factory.

Jason was in charge of cutting textiles which produced garments and managing the cutting room operations. Over the course of one year, his employer removed parts of his role, accusing him of not doing his job properly (which wasn’t the case). Jason was asked on several occasions whether he was planning to retire. He wasn’t. Instead of retiring, he had planned to reduce his hours to three days a week on reaching 65. the company have stated they were enquiring as they would need to have a sufficient amount of time to employee a replacement.

The employer had said that they were unsure whether this was going to be possible due to lack of work for Jason and they had asked whether he would reduce his hours to two days a week instead. It was implied that if he didn’t agree to working two days a week, an “alternative route” would be followed. He thought that this was an implicit threat to manage him out of the business.

The employer demoted him, told a client he was on his way out and this caused him a lot of anxiety.

Jason put in a flexible working request when he reached 65, declining the offer to work only two days a week. Out of the blue the employer held a ‘settlement meeting’ with him, asking him to leave and take a £3,000 pay-off.

He felt that this may be cause to resign and claim constructive dismissal, but our page on settlement agreements to see why this might not have been the case. But we advised him that because it was linked to his age, it might be an act of age discrimination.

On our advice, Jason raised a grievance complaining about how he had been treated, claiming he had been forced out of work due his employer’s assumptions about what should happen to employees over 65. This is age discrimination. There is no such thing as forced retirement any more. The grievance was heard and Jason was told that an investigation would be carried out. In the meantime, the employer denied his flexible working request.

Jason took legal action and we wrote to the business accusing them of discriminating.  The grievance outcome denied all his complaints, which is usual.

Unfortunately, Jason fell at home whilst gardening due to lack of concentration as a result of being filled with worry over his work situation and was unable to work out his notice.

We helped Jason to bring a claim of unfair constructive dismissal, age-related harassment and age-related discrimination and victimisation. We took the claim to a hearing and the other side settled on the day of the trial for £25,000 to cover his loss of income, personal injury and injury to feelings for age discrimination. Ironically, the matter was tied up with a settlement agreement. 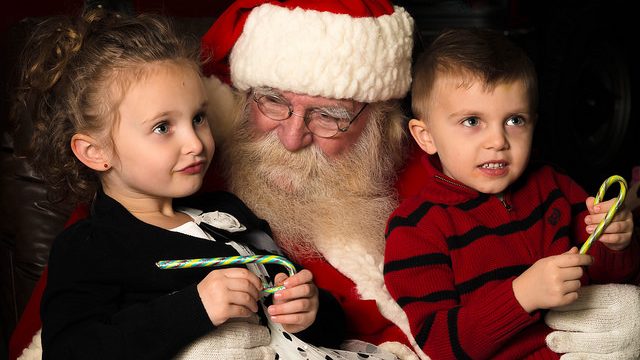 A construction firm named The Mears Group (‘Mears’) has created a policy banning its workers from having beards on the grounds of health and safety, without heed to potential claims of sex or religious discrimination.

Mears (a construction firm) said that this policy was introduced so that workers can ‘wear dust masks effectively’. Workers must be clean shaven, or at least their beard not ‘so long that it hinders the correct fitting of dust masks’.

This decision has been criticised by Unite. They said: “The arrogance of Mears is hair-raising. This is a highly delicate issue, which has huge cultural, religious and personal issues and where sensitivity should be the watchword.  Instead, members have been handed a decree from on high.

“This is clearly a case of Mears going for the cheapest option and amounts to penny-pinching stupidity. Other forms of masks are available and these should be offered to existing workers. Unite will always put the safety of our members first. Creating hhuge resentment and anger among your workforce is never the way forward. Mears needs to withdraw this decree and enter into a proper consultation with Unite and the workforce.”

Unite have correctly alluded to the risk of indirect discrimination on the part of Mears. This is because for some religions, beards have a particular significance. Mears have said that they will make exceptions to this policy for medical or religious reasons, but this may not completely mitigate the risk of indirect religious discrimination since employees may feel embarrassed to ask for dispensation. We believe that there is a high risk of this policy amounting to a policy, criterion or practice which indirectly discriminates against a group of people on the grounds religion or belief.

Santa Claus, perhaps the most famous bearded worker, would not accept such a policy, we are sure. 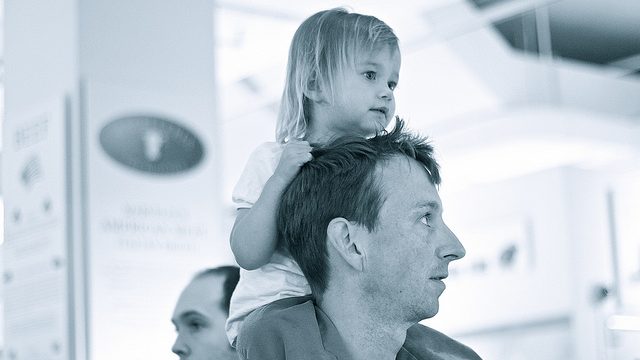 We learned of a sex discrimination claim that is interesting. In April 2015 the Government introduced legislation which allowed parents to share parental leave. A couple who are both in paid work and bringing up a child together can share leave following the birth (or adoption) of their child.

In this case a dad requested paternity leave from his employer, Capita, to care for his daughter after his wife fell ill with postnatal depression. He was told he would only get two weeks’ full pay whereas the legislation allows for up to 50 weeks of leave, 37 of which are paid and can be shared between the parents depending on their circumstances and choices.

He sued Capita for sex discrimination and won. The judge said: “There may be circumstances where different choices are made to suit the parents and their particular circumstances, like the choice the claimant wanted to make because of his wife’s postnatal depression.” This was also the view of the tribunal, which found that the decision went against the shared parental leave regulations.

Capita argued that as a man, the claimant was not eligible for parental leave nor was he entitled to the same rate a woman would be –  because he couldn’t give birth. That was found to be contrary to the Equality Act 2010, which states that an employer must not discriminate against an employee by not affording access to ‘promotion, transfer, training or for receiving any other benefit, facility or service.’

It is one of the first times a man has won a tribunal of this kind in England since the introduction of the shared parental leave legislation two years ago. Also, a similar sex discrimination claimoccurred in 2016 where an employment tribunal awarded £28,000 to a Network Rail employee over his employer’s policy of giving a period of full pay to mothers on shared parental leave, but paying only statutory shared parental pay to partners and secondary adopters.  first instance tribunal

Employment  Tribunal cases are not binding on other tribunals but often followed. So it will be interesting to see how future claims of a similar nature are concluded.

Capita has lodged an appeal at the Employment Appeal Tribunal against the sex discrimination claim in which they were unsuccessful.

In the meantime, it would be wise for employers to clarify the business reasons behind their current family policies, while keeping their eyes open for whether this case continues up the appeals ladder.

By Gina Mukova
Image used under CC courtesy of Haiderz 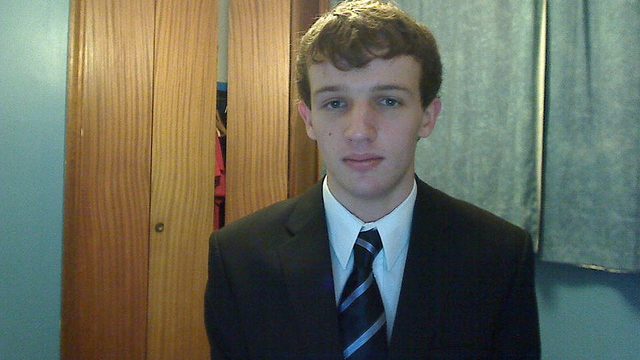 Brexit to increase competition for employees

From an employment law perspective, it is important recruitment processes are fair and impartial. It is particularly important that the process does not indirectly discriminate against anyone based on a protected characteristic (e.g. disability) and is critical that interview questions are meticulously checked so to ensure there are no discriminatory elements to them (e.g. asking female candidates whether they have children). A fair and impartial recruitment process not only protects businesses from Employment Tribunal claims, but also increases the chances of businesses recruiting the best candidates.

Nigel Heap, Managing Director of Hays UK & Ireland, said: “As we move towards an EU exit, organisations should consider reviewing their recruitment strategies to help them secure access to the right talent. Although we are still faced with some on-going uncertainty, most sectors remain competitive so now isn’t a time for complacency.

It will be intriguing to see how employers change their recruitment strategies post Brexit in light of the likely increased competition when it comes to skilled workers. 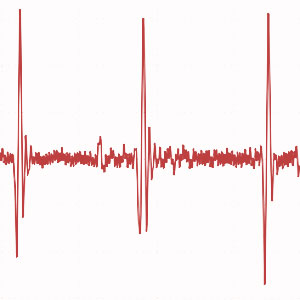 From time to time we tell you about a Birmingham employment law case we have recently dealt with. Our other stories are here. This is the story of Harry, his heart condition and his disciplinary.

We helped Harry to get his employer to remove a first written warning following a disciplinary meeting.

Harry works for a construction company and has over three years’ service. Harry also has a heart condition which he disclosed to his employer at the start of his employment. He is a forklift driver.

One day, Harry was having chest pains and suffering from a shortness of breath. He told his line manager, who just told him to get back to work. He did this but was suffering pain throughout his shift. At the end of his shift, Harry told his line manager that he felt he needed to go to hospital.  At this point, the company started taking him seriously. Two colleagues from health & safety told Harry that he could either go to the hospital himself or someone from the company could take him.

Harry had lost confidence in his employer’s ability to deal with the situation, so said he would go on his own. Upon arriving at the hospital, the doctors were very concerned because they could not feel Harry’s heartbeat. Once Harry had informed them of his heart condition, the hospital did a series of tests the next day and concluded that he was fine but that the symptoms could be life-threatening in the future.

Despite knowing where Harry had been on the day of the incident and the next day, the employer took the absences into account in giving him a warning for taking too much time off sick. After an investigation and disciplinary hearing, Harry was given a first written warning which was to stay on his record for 12 months.

We assisted Harry in his appeal against the disciplinary sanction and helped him to lodge a grievance. This did the trick because the employer then removed the sanction completely, leaving Harry with a clean disciplinary record.

Harry was satisfied with the outcome and because the employer reversed its decision on appeal, he was willing to still work for them. His heart condition is not currently causing him any problems.

By Zahid Reza
Image used under CC courtesy of AJC