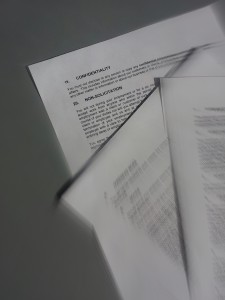 A US teen who learned that her father had settled an age discrimination claim against his former employer bragged about it on Facebook, despite the law on settlement agreements.

She posted “Mama and Papa won the case against Gulliver,” to her 1,200 friends. “Gulliver is now officially paying for my vacation to Europe this summer. SUCK IT.”

Breach of confidentiality – the consequences

The employer refused to pay up. Because, in common with most settlement agreements (previously called ‘compromise agreements’ in this country), it contained a confidentiality clause, which a court found to have been breached.

Her father now has to stick to his agreement not to sue the employer, who does not have to pay the settlement sum.

At Hatton James we advise employees who have been presented with settlement agreements.

Almost all of us now have the right to request flexible working.

This guide is aimed at employers but is also valuable to any employee thinking of asking their employer if they can work from home, go part-time etc.

We saw an article in The Times this week about a UN report finding the UK to have a sexist culture that is more pervasive than other countries, suggesting that we have a sex discrimination problem.

Apparently we have a sexist portrayal of woman and girls in this country that is the world’s worst.

Britain’s sexist culture – Is it true?

We agree with this and you can pick any area of life and find pretty much the same thing; politics, the boardroom or films (you may be interested to learn about the Bechdel test).

There is a relevance for employers which have instances of sexism leaking through into the workplace. This includes nude calendars, risqé jokes on emails and visible visits to websites such as the topical viral voyeuristic/bullying page about women snapped eating on public transport. Employment tribunal lawyers in a sex discrimination claim will almost certainly pick up on this and use it as evidence, perhaps in a constructive dismissal case.

And with the rule that in a sex discrimination case the employer has to disprove discrimination once there is any suggestion of it, employers who haven’t already done so need to get on top of this, to avoid constructive dismissal and discrimination claims.

With service provision changes, TUPE does not apply if the contract being moved between contractors is intended by the client to be “of short-term duration”. 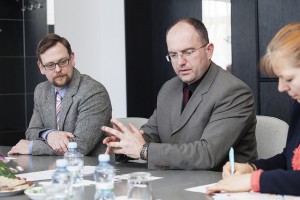 In this case, the parties didn’t follow the TUPE regulations because they thought and hoped that the task would be of a short-term duration, leading to employment tribunal claims.

But it was something that an outside party would be deciding, not them.

The case decides that for a task to be “intended” as short term, this must be a realistic possibility.

A council found itself liable in employment tribunal claims after a restructuring exercise in which it failed to explain the redundancy process in advance.

The employer agreed the redundancy process in advance with the employees’ representatives – including that internal candidates would be judged only on their performance at interview, yet still ended up employment tribunal claims for redundancy dismissals. 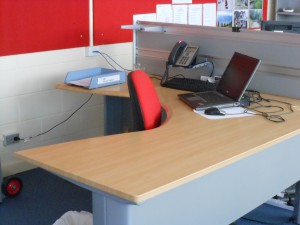 The claimants received lower redundancy scores than they had expected. No doubt they didn’t appreciate that they would need to sell themselves with as much vigour as external candidates even though their experience was known to the panel.

We feel sorry for the employer here – it had agreed the redundancy process with the union in advance and even offered interview training to internal candidates yet still left itself open to employment tribunal claims for breach of redundancy law.

AN employer following redundancy law practices will make sure that it does the following in a redundancy process to avoid employment tribunal claims:

One in 10,000 of us was ‘born in the wrong body’. Some face discrimination as a result. 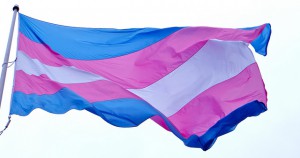 A news story from America was interesting to us at Hatton James because it is rare for us to deal with the issue of transgender discrimination.

In this news story a female, previously male, student accuses her college of harassment after using the female toilets. A security guard refused to take her word about her gender and needlessly created a confrontation.

Hatton James’ lawyers have that rare experience of transgender issues. We advised an employer who had an employee going through the process of changing his sex.

We put in place a plan which included the HR staff and the employee’s managers learning what the process entailed and the acceptable language to use, right down to when to use which pronouns. We ensured the equality policy was comprehensive. Before her return we helped them to start a dialogue with the employee, aimed at reassuring her of the company’s policy and the support that she could expect and agreeing a plan for the transition at work. It included a personal congratulation and covered issues like toilets, user account names, a support structure, and disclosure to clients and colleagues.

Finally, we ensured that her colleagues understood the equality aspects as part of ongoing training, that they had the opportunity to ask questions through an appropriate channel and that the HR officers were teed up for the big day.

Last year the Employment Appeal Tribunal held (you may have read this in the news) that Parliament got the law wrong on collective redundancies. 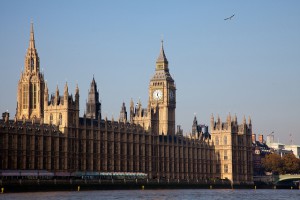 How, you may ask, can Parliament, which makes UK employment law, get it wrong?

The answer is that in certain areas, the UK has to effectively make the political choice between creating laws that uphold principles decided by the EU or else pull out of Europe.

The EU principle at stake here relates to “Collective redundancies” as being “where the number of redundancies is at least 20 in 90 days, whatever the number of workers normally employed in the establishments”.

An ‘establishment’ refers to the branch or site presence.
By the time it got to Whitehall to put into UK law (in the Trade Union and Labour Relations Consolidation Act 1992), it had become “20 or more employees at one establishment within a period of 90 days or less”.

The Whitehall lawyers who draft UK employment law like to strip the jargon out of EU law but that leaves room for lawyers to argue that there is a difference between our wording and the EU wording.

Until the middle of last year, an employer with say 10 branch offices making 10 redundancies at head office and one at each site would have been advised not to follow the more onerous rules on collective redundancies and that it wouldn’t face a penalty of 3 months’ pay per employee – a ‘protective award’.

The latest is that in January 2014 a redundancy case by Woolworths and Ethel Austin employees reached the Court of Appeal, where it has come to a temporary halt. It was appealed from the EAT by the Government because up to 7,000 employees may claim protective awards from their defunct employers. The Government’s Redundancy Payment Service, which takes over the responsibility for paying certain sums, including protective awards, when an employer becomes insolvent, decided that was an amount of money worth fighting for.

The Court of Appeal has put the case on pause because there is a very similar case (between unrepresented parties) going through a Belfast tribunal, which has asked for guidance from the European Court of Justice (ECJ) in Luxembourg. The Court of Appeal decided to ask the ECJ for guidance on a technical point which the Irish tribunal did not ask about and hopefully give the ECJ the benefit of lots of Government and union lawyers arguing their cases on what UK employment law should be.

We may not get an answer from the Court of Appeal until the end of 2014. Until then, the current advice is to treat the collective consultation rules as applying to multi-site redundancies of more than 19 staff.

TUPE changes, recent rule-tweaks came into force in January 2014. They are not very significant. Government guidance is here. 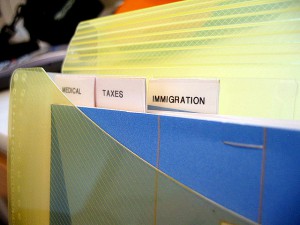 TUPE continues to apply to outsourcing/insourcing (there was talk of ending TUPE’s reach into this area). TUPE will only apply where the services provided before and after are ‘fundamentally the same’. This reflects half of the wording from the existing caselaw, which was ‘fundamentally or essentially the same’. We expect lawyers to argue that losing the word “essentially” means that new wording is less strict. Or more strict, depending on whose side they are acting.

Variations in terms and conditions by agreement are now, in theory, permissible, as long as it is mainly for an ETO reason entailing changes in the workforce (if you are reading this far, we’ll assume you know what this means), rather than a desire just to harmonise terms. Until now, employees could ‘cherry-pick’, keeping the favourable new terms and rejecting the unfavourable new terms.

Changes to the location of the workplace are now a ‘change in the workforce’, so workplace redundancy dismissals will not be automatically unfair.

Micro-businesses (fewer than 10 employees in the business as a whole) may inform and consult with employees themselves rather than arranging an election of representatives (assuming there is no union or existing representative committee).

Transferees may consult with employee representatives pre-transfer to comply with collective redundancy rules (20 or more employees affected); obviously this requires the old and new employers to agree.
Employee liability information must be given 28, not 14 days before the transfer. The ‘real’ deadline remains “long enough before a relevant transfer to enable the employer of any affected employees to consult the appropriate representatives of any affected employees” but it would be very unlikely that 28 days was not long enough for this.

If any future changes are to occur for TUPE this article will be updated.